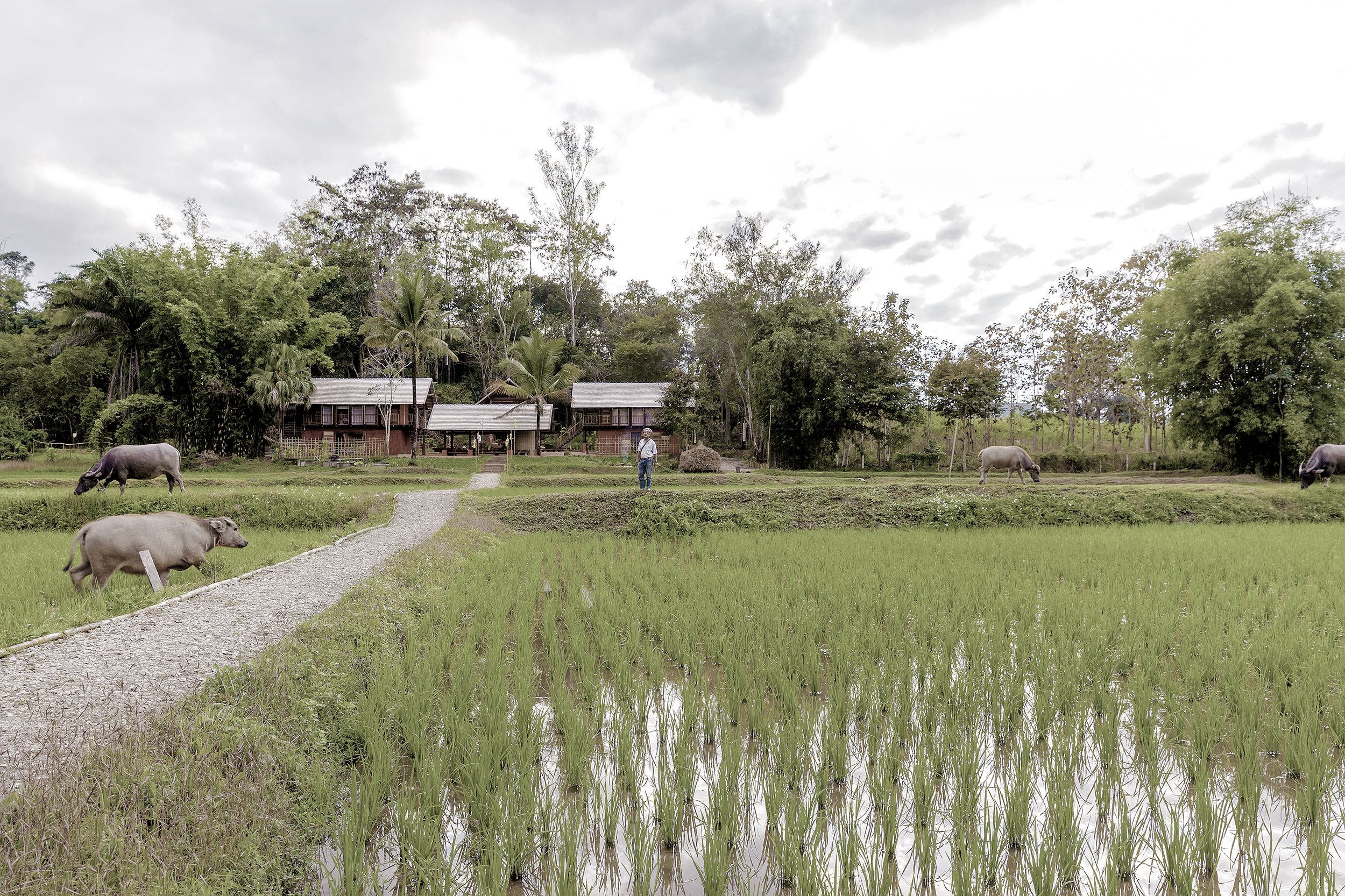 This project allowed the architect to examine Architecture as the relationship between buildings and culture. In Chiang Rai, similarly to other rural places in the country, vernacular building techniques are not passed down from generations to generations.

This lack of familiarity coupled with the changing socio-cultural landscape has eroded the relationship between traditional buildings and the people living in them. As people livelihoods changed, traditional homes are becoming less relevant. Vernacular houses are either inadequately adapted with ‘modern extensions’ or dismantled and sold as reclaimed timber, in parts spurred on by other poorly adapted buildings.

The Project address this issue through the programme of cultural tourism and the adaptation of vernacular architecture for future generations. Tourists will be living with a local host in groups of four houses following the traditional way of Northern Thai lifestyle. Natural ventilation is employed for cooling during the summer and double layer fenestration for insulation in the winter. The aim is to learn from local knowhow, culture and traditions thus adapt them where appropriate to ensure relevance in present times and well into the future.

Re-claimed timber from dismantled homes was selected as the main building material. The architect chose to conserve the essence of the original buildings in parts rather than restoring as whole. The matter which made up the original buildings are preserved as individual components which are reassembled, taking on new forms to serve new functions. Extensive documentation of individual pieces was undertaken to minimize construction cost and material wastage. Some material has distinctive forms resulting from previous joinery, which are preserved and celebrated. Each mark tells the journey story of each piece of timber, where it has been, and how it was used. Some details were designed to mimic vernacular construction methods, others were updated and improved upon to ensure structural integrity.

The project is highly specific to its surrounding context of time, culture and place. Ahsa Farmstay project carefully considers sustainable tourism as a catalyst for cultural and knowledge exchanges, which benefits both tourists and locals, as well as positively impact the surrounding community.