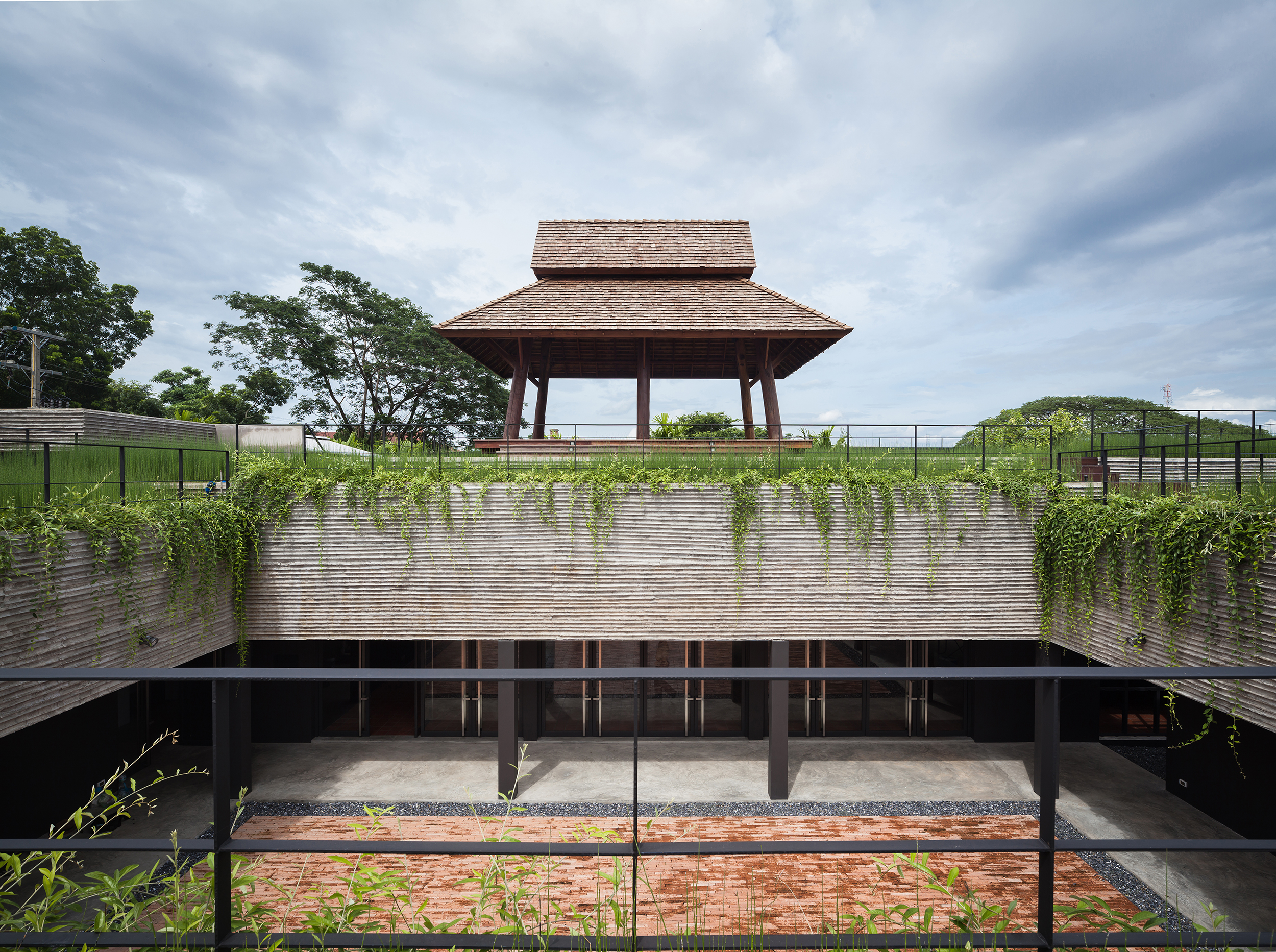 ASA Lanna Center is planned to be a place for local people to learn and get to know the role of the Architect in Chiang Mai in Northern part Thailand. The project is an open design competition organized by ASA (Association of Siamese Architects under the royal patronage) which design was selected by the panel of judges who are the respectable architects who practiced and teach in school of architecture in Chiang Mai. The key of the design is the interpretation of Lanna (Northern) Architecture.

The definition of “Lanna” is millions of rice fields which is not the image of Chiang Mai nowadays where the economy has driven the city to grow with typical buildings for offices, malls and hotels and apartments. Our proposed design aim to have people experiencing the simple Lanna Architecture of timber structure sala (pavilion) in the middle of rice fields where the modern concrete building is tugged underneath providing the main gathering space, a multifunction area which can house a meeting or a lecture or becomes a theatre. The other supporting facilities are library, café and an office are planned to surround the open air gathering space. The materials were selected from palette of locally produced materials or traditional way of detailing then modifying them to fit with the modern architectural frames. The design is to show the relationship and transition from traditional architecture to contemporary architecture.