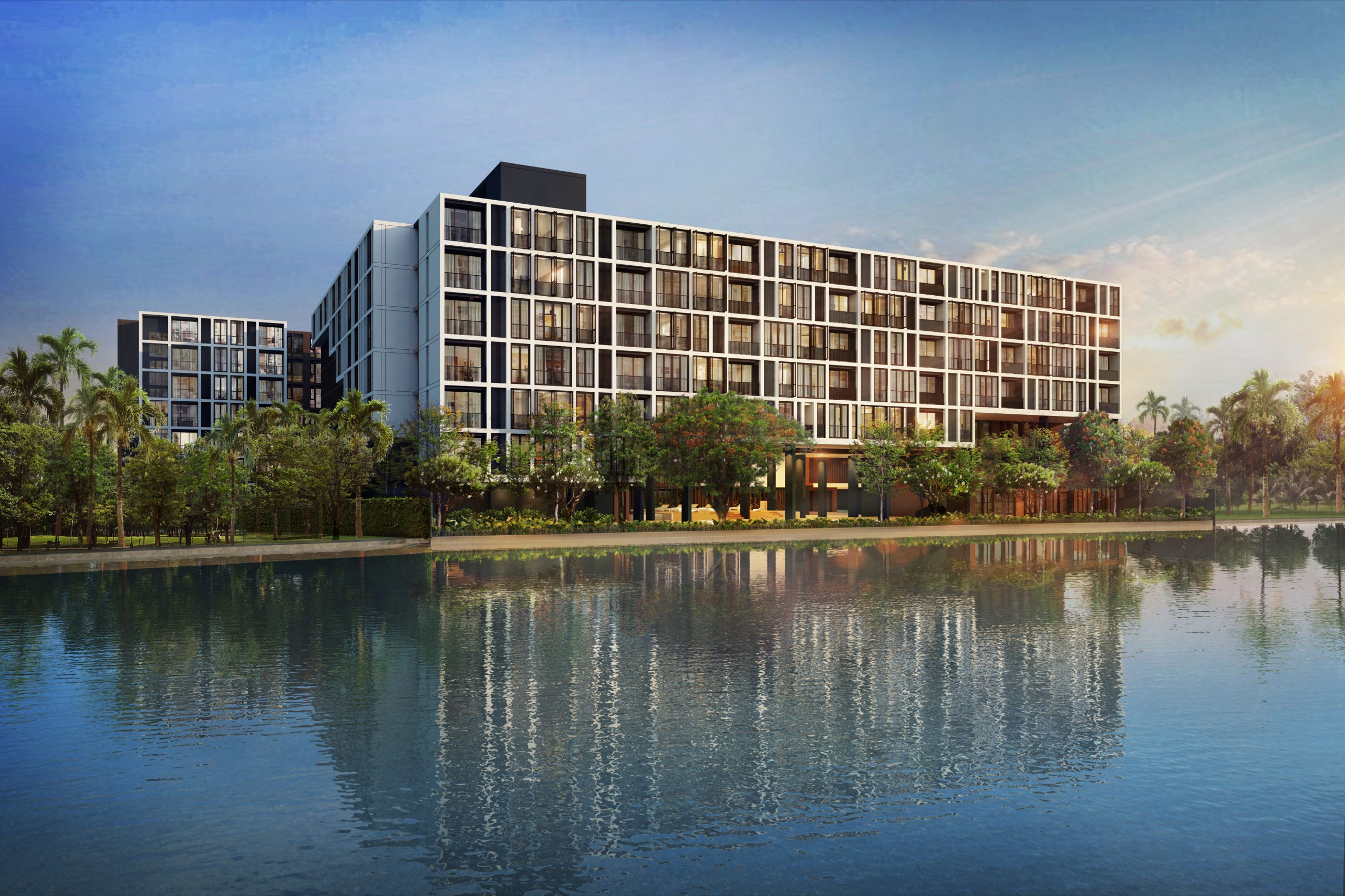 Located in the up and coming neighbourhood of Prakanhong, the site is on the bank of Phrakanhong canal, overlooking an old Buddhist temple on the opposite bank. The other three sides of the site are abutted by a house and future developments. The design draws on the Thai roots of waterway dwellings, reinterpreted in the context of a modern lifestyle, and added density.

Massing is simple, with two L-shaped blocks interlocking loosely forming a central courtyard. The canal side L is lifted on large grey stilts a homage to vernacular homes. The void created connects the inner court with canal, through a series of reflection pool, terrace seating and raised deck leads to the swimming pool, conjoined by a lotus pond. Next to the covered terrace, the gym and library are treated as a separate pavilion, and part of the landscaped open-air atrium below the larger residential block above. A freestanding spiral staircase, sculpturally lead to the raised terrace on the block’s roof.

The units are designed to have direct relationship between the interior spaces and exterior façade. The recessed units are expressed as brown with precast concrete brie solei. Whilst larger units are cantilever out and expressed as white. These have full height tall swing windows akin to those found in traditional canal side homes, they have steel railings on the inside so that the windows can be fully opened maximising natural ventilation and create a sense of semi outdoor living like the old days. Thai pattern “Kad Taeh” found in traditional houses, was recreated with new tectonic. They were applied to many building elements; the boundary wall, screens that welcomes residents along the porch and the pavilions in the internal courtyard. It allows natural light to enter while also preserving privacy for the residents.

The project embraces the modern lifestyle by returning to our cultural roots and revive elements of dwelling along waterways such that it is of relevance to current times.